"Our Answer is God. God's answer is us. Through partnership we make our world better." - Dorian Scott Cole
Follow on:

An RSS reader allows you to monitor the headlines on Web sites that feature RSS. Many RSS readers are free, and many browsers support RSS, such as ie 7 and Firefox.

One Spirit Resources publishes around 50 articles a year.

A tale of two ideologies - what actually happened in 400 BC.

A tale of two ideologies - what actually happened in 400 BC. 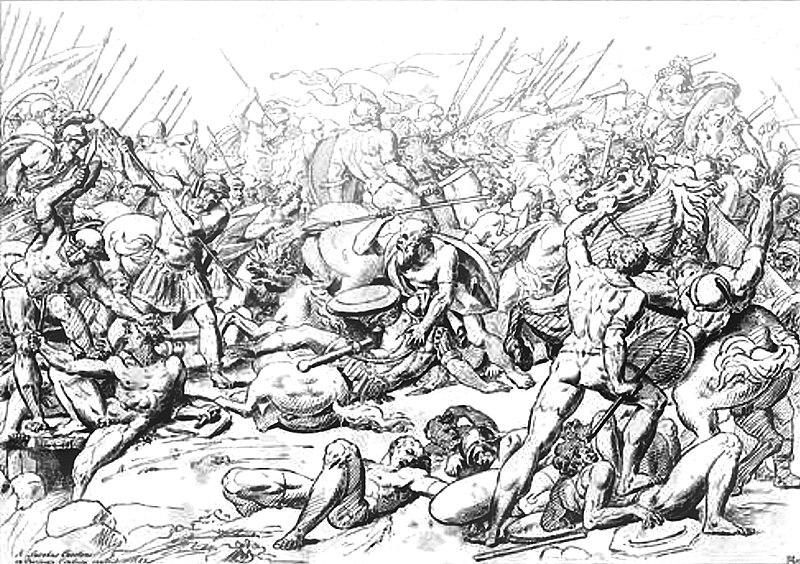 In the beautiful Greek Mediterranean, Sparta and Athens were leading cities in two major empires. They adjoined each other. They were rivals with major ideological differences. They ended up destroying each other out of fear and the need to be dominant.

Sparta was ruled by kings in 800 BCE, but decided to become more democratic. During the period of kings, Sparta had oscillated between the extremes of democracy and tyranny: anarchy and dictatorship. Crime and poverty were rampant. The first lawgiver, Lycurgus, visited the Oracle of Apollo at Delphi. The highly respected Oracle sat in a cave and sniffed hallucinogenic gasses.

Today we pay little attention to what people say on hallucinogenic drugs, instead we just let the ignorant and criminals shout out “wisdom” to follow. She gave him a crazy idea. He was to reform society along the lines of three Spartan virtues: equality (among citizens), military fitness, and austerity. Once this was instituted, crime stopped because of equality. Amazing how that happens.

Today we call this lifestyle a Spartan existence and It's kind of like being a monk. Boys were separated from their fathers at age 7 (sent to military training) where they learned about military affairs and self-discipline. Young women were brought in to dance naked among them to stir rivalries between them and shame them for any weakness.

“Austerity” means cutting spending or keeping unnecessary spending at a minimum. Sparta maximized military proficiency at all costs, considering military spending to be an essential. Since gold and other precious metals were easily stolen, Lycurgus took them off the gold standard and made coins from iron, which was difficult to run with in large quantities and was essentially worthless.

Lycurgus convinced the kings to have an assembly in which there were several appointees who would make decisions, and gave the public a voice in those affairs, including voting on some issues. Lycurgus also divided up the land into equal parcels for each person to own some land.

Sparta became a military powerhouse that was unrivaled in the region ... except for Athens. The form of government was an “oligarchy,” which means a small group of people held power, which often means people of the royal household, wealthy people, and large landholders.

The City of Athens was on the larger continent. It went from rule by kings, to oligarchy, to a new and crazy thing called the first Democracy. While Sparta was unrivaled militarily on land, Athens was unrivaled militarily on the sea. Athens defeated the invading Persians, united much of Greece and became the dominant trading power in the region. It became a land of great wealth and prosperity. It was a city of genius that produced many brilliant minds, such as Plato, Socrates, and Aristotle.

Reform stopped enslavement of Athenian citizens as a punishment for debt (debt bondage), broke up large landed estates and freed up trade and commerce, which allowed the emergence of a prosperous urban trading class. More reforms eliminated the class system in politics.

What happened to bring these two rival civilizations to their knees and ended this golden era? Sparta feared the growing power and influence of the Athenian Empire. The two couldn’t agree on what would be their respective spheres of influence. They were also profoundly different societies. Sparta feared Democracy as a threat to them.

The deeply conservative Spartans likely thought that their wealthy and pampered Athenian brothers would be soft and easy to chew. Military defeat would be easy for these champions of the battlefield. All they had to do was walk into their territory and pound them into grease spots.

Spurred by conflicts between Athens and neighboring areas, Sparta attacked Athens. They forgot that the Navy would dominate any battlefield of choice: on land, sea, or air they would punch their lights out. The Peloponnesian War raged for 27 years. Those fat, pampered men of Athens fought them off again and again.

Finally, the Spartans enlisted the help of other city-states and eked out a victory over Athens. They installed an oligarchy government of wealthy tyrants. Athens was not pleased and after a year, pro-democracy elements snatched victory from the jaws of defeat, and regained control. Twenty-seven years of war, treasure, and life down the drain for Sparta. It seems overthrowing a participatory Democracy is more difficult than some think because Democracy is the choice of the people.

The result of 27 years of war stripped both city-states of their military power and their dominance over the region and being a major trading center. Alexander the Great came along later and used his military to cement the entire Orient into a cohesive Greek speaking culture. That empire didn’t last either, nor did the Roman Empire that displaced it. These were followed conquests by empire after empire, usually hated by those they conquered, all of which have faded into history.

We can see reflected in the Sparta and Athens conflict are the same conflicts in play today in our world. People don’t like superpowers, so countries tend to oppose them. Military prowess is reflected in the US, which is a military superpower on land, sea, space, cyber, and any other area.

There are those like the Spartans who emphasize basics and austerity, and military prowess, as high values. They don’t like those who emphasize a quality and better life, and call them weak. The oligarchs, religious kings, and wealthy are preferred to be in charge.

Similarly, in the ancient world we see rural people who don’t like those in the city, calling them and their ways evil and corrupt. This likely went on in Sparta versus Athens as well as in other regions.

It likely didn’t help to have the argumentative philosopher, Socrates, constantly undermining their every intention with endless questions drilling down to “Why, why, why” – the Socrates method of philosophical torture. Socrates apparently went to his death, having shooed his wife from his presence, to argue philosophy with others while he sipped poison. Literally. The Spartans likely would have stuck a sword in him.

Some thought that they could walk into Congressional buildings in the US and turn out the lights for those they didn’t like and their policies. It wasn’t possible. Democracy is the people. It’s their choice. It’s their power.

The US military prowess dominates the world. We spend more money than the next ten highest countries combined on our military, while neglecting other important matters – eh, kind of like Sparta. Is this the right emphasis?

You can’t save your way to prosperity, unless you’re a person who throws away money like a rock star with a bad manager – they always end up broke and in debt. While savings can add up minimally, it's increasing income that brings prosperity. Studies on austerity show that it robs the economy, which robs people. Spending is required to improve the economy and people’s pockets. While the Spartan life may be right for some, it isn’t right for the masses.

The US oscillates between wanting to be isolationists, rejecting interaction with the rest of the world, to wanting to dominate the world. Neither policy works. Both policies make us hated. It’s better to be a strong citizen of this world who helps our brothers in their needs. It makes us all stronger.

The end result of all of this conflict was not a better world. It diminished both city-states and robbed them of their power and their humanitarian efforts, while making other nations dislike them. We should keep this in mind as we do the same.

Five Reasons Why Socrates Was A Terrible Husband

Sister site: www.visualwriter.com, a free resource site for writers, since 1996.

One Spirit Resources is a production of TechGenie Media, LLC - www.techgeniemedia.com